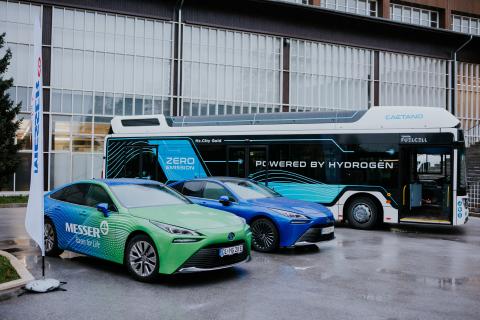 On 1 December, the final event of the Central and Eastern Europe Bus roadshow (CEE) in Croatia was held at the Nikola Tesla Technical Museum. This hydrogen bus roadshow was organised in the framework of the JIVE2 project, co-financed by the Clean Hydrogen Partnership, which aims to promote the commercialisation of hydrogen-powered buses by procuring and deploying 300 buses in Europe.

The project leader is H2LV - Latvian Association for Hydrogen, while the technical partners in the project are Messer Group and CaetanoBus. 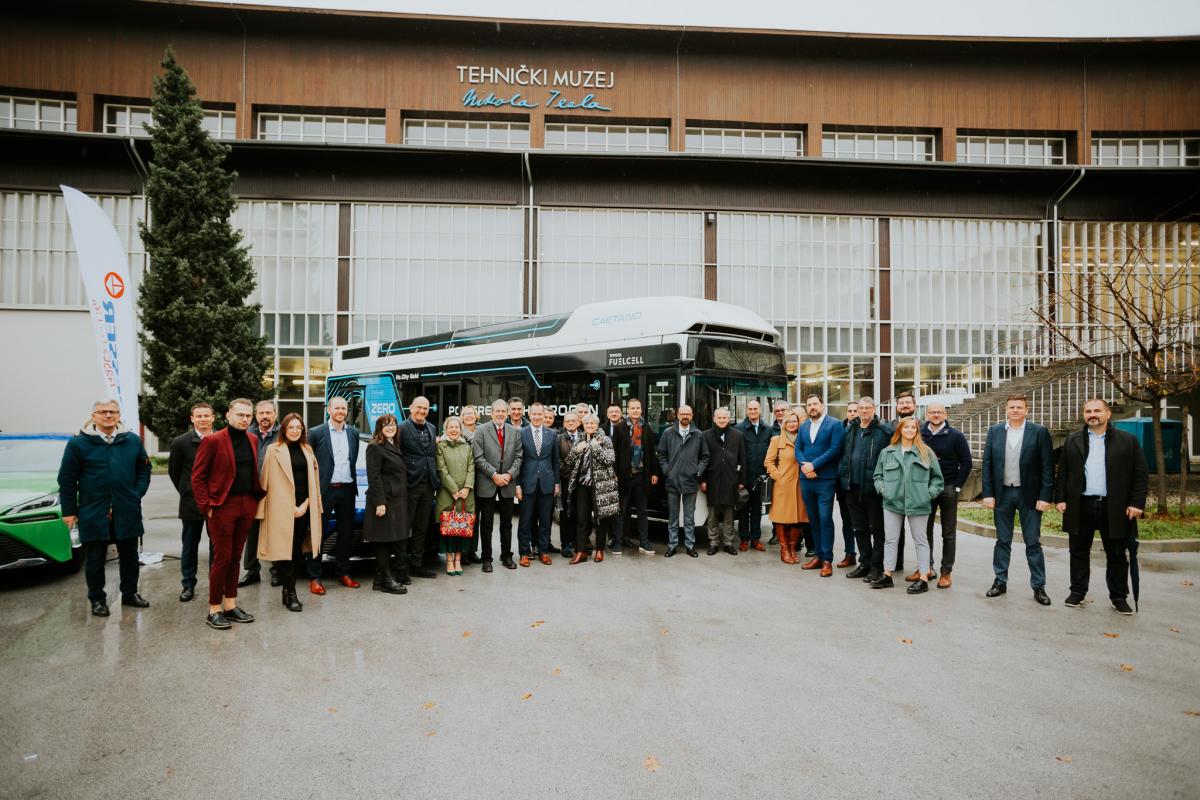 As an energy carrier, hydrogen has excellent potential for decarbonising numerous sectors of the economy, especially where batteries are not technically possible or are a more expensive solution. One of these sectors is the public city transport sector, where hydrogen, used in buses with fuel cells, enables high performance and provides comfort for passengers without greenhouse emissions and other harmful gases, particles, and noise.

Bearing in mind that in May, the European Commission, through the "REPowerEU Plan", secured additional investments of 200 million euros available for the Partnership for Clean Hydrogen through the Horizon Europe programme and announced future measures for development, this is an opportunity to use the funds for the decarbonisation of public city transport.

The Republic of Croatia has taken a significant step in this direction by connecting with neighbouring countries to establish the North Adriatic Hydrogen Valley. The funds from REPowerEU strongly support the increase in hydrogen valleys and all the projects implemented within this initiative.

In the final part of the conference, ZET, as the operational partner of the project, presented the results of the testing of the hydrogen-powered bus that has been operating in Zagreb's urban and suburban areas for the past week. The test results gave excellent results, primarily in terms of efficiency in demanding operating conditions, which results in relatively low hydrogen consumption compared to the energy produced.

The next stop is the Czech Republic.