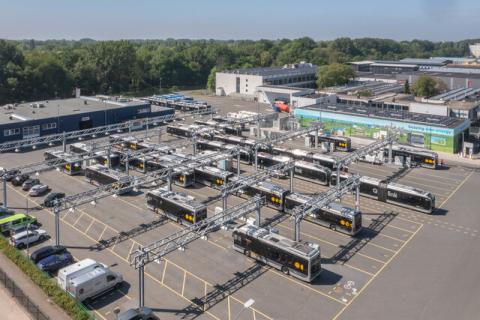 On Friday, 11 June 2021, a new hydrogen refuelling station (HRS) opened at the Qbuzz bus depot in Groningen. In addition, twenty new VanHool hydrogen buses were presented. This fleet was partly funded by the Fuel Cells and Hydrogen Joint Undertaking (FCH JU) under the JIVE 2 project.

This new HRS is one of the largest in Europe and demonstrates the implementation of the new hydrogen ecosystem in the northern Netherlands. Shell built the refuelling station, which also supplies the green hydrogen that can be refuelled there. The hydrogen is delivered by trailer. 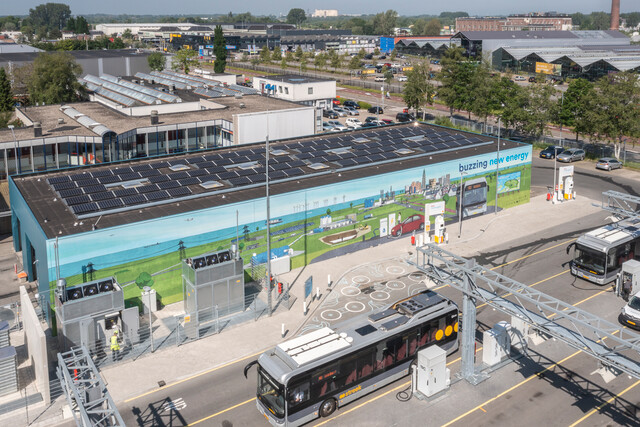 Gräper-van Koolwijk said, “Today another big step, or rather a big leap, has been made in the introduction of green hydrogen as a successor to fossil fuels such as diesel oil and natural gas. Hydrogen works, hydrogen is becoming normal and is the future of the Northern Netherlands”.

The HRS has two refuelling points. A bus is refuelled in less than minutes and can travel about 400 kilometres. In this way, these buses can be used on longer regional routes, where a battery-electric bus is not always suitable. Qbuzz is demonstrating how battery-powered buses and hydrogen complement each other in mobility. 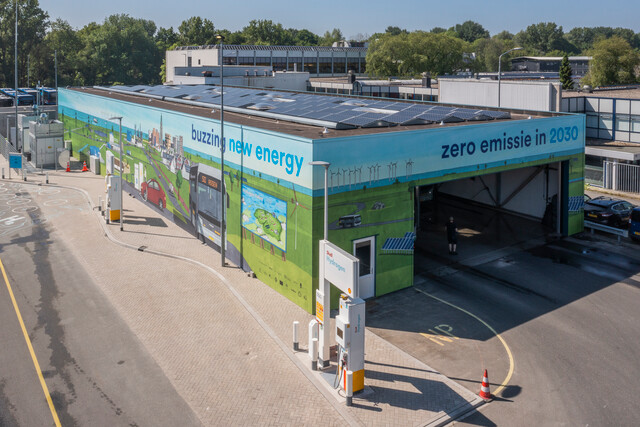 Gerrit Spijksma said, “in Groningen, there is now a bus depot that makes it possible to switch compactly and efficiently to the energy carriers of the future: green electricity and green hydrogen. A type of parking facility like this is unique for the time being.”

“Before refuelling, the hydrogen is compressed and cooled. All this happens at the refuelling station located next to the 160 battery-electric buses of Qbuzz,” says Lisa Montanari, Commercial Manager Hydrogen at Shell. “With a full tank, the hydrogen buses can run for a whole day. The buses come to the depot and are refuelled immediately. They then go through the carwash and are refuelled and clean for the next day.

OV-bureau and Qbuzz want to take an extra step towards making all buses greener in the coming years. Wilko Mol: “We would very much like to have several Qliners running on hydrogen. Only no coaches are running on hydrogen yet. It would be good if we in Groningen could be the first hydrogen-powered touring coach to cover long distances in a single day. Then 800 kilometres a day would not be an exception.”